The eighth meeting of the Governing Board ..

The eighth meeting of the Governing Board of the International Association of oil transporters took place in Astana. 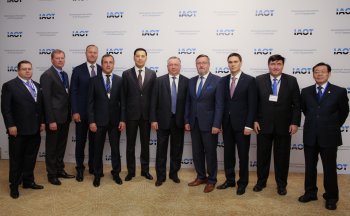 In the period from 6 to 7 September 2017 in Astana (Kazakhstan) held an event in the framework of the eighth meeting of the Governing Board of the International Association of oil transporters (IAOT). The meeting and exhibition EXPO 2017 was attended by all representatives of the Association: JSC "MERO CR", PJSC "Transneft", JSC “Transpetrol”, JSC "MOL", JSC "Gomeltransneft Druzhba", JSC “KazTransOil”, China national petroleum Corporation, JSC "Ukrtransnafta" as 8 members of the Association and the Caspian pipeline consortium as 1 observer.

Under the chairmanship of the General Director JSC "KazTransOil", Mr Dossanov Dimash, among other issues, the participants discussed the results of the activities of the three Permanent expert working groups of the Association (for energy efficiency, legal issues and supply). The meeting also reviewed the results of professional skill competition, the Plan of the Association activities for the next period, including plans IAOT for participation and organization of conferences. 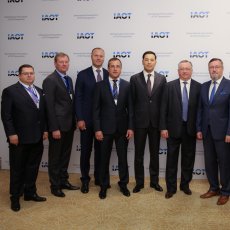